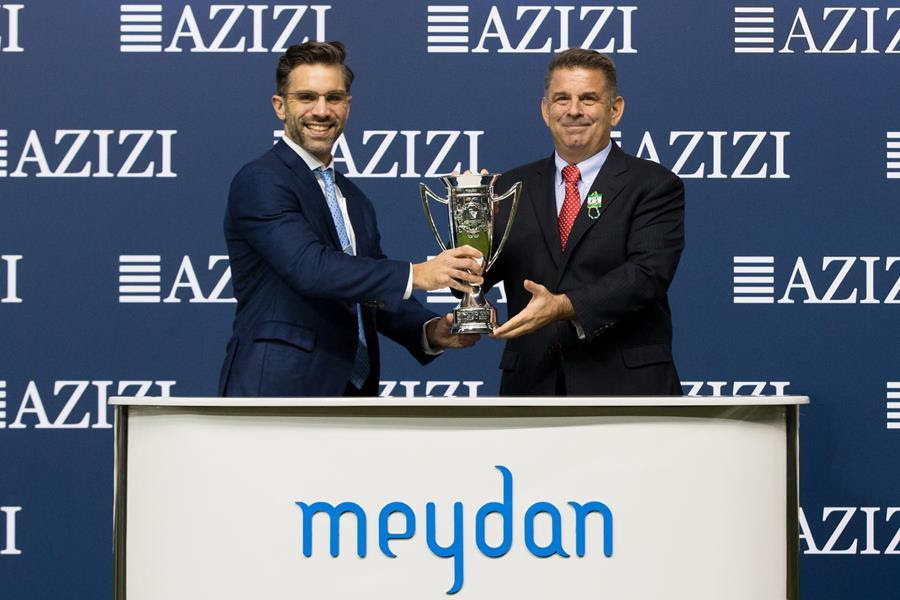 In a dramatic finish of the Azizi Mina Handicap, leading trainer Doug Watson won his 600th race in the UAE when Cool Silk Partnership’s Midnight Sands (pictured below) won in the final yards by a short head over Breeders’ Cup Dirt Mile (G1) alumnus Ambassadorial. The milestone comes 10 weeks after Watson made history by sweeping an entire card of six races—the first trainer to either sweep a card or win six races on one card in the UAE—on Nov. 7. Midnight Sands, admittedly one of Watson’s favourite horses, won his fourth race from five UAE starts and appears a star on the rise.

Watson is a native of Centerville, Ohio, USA, and began his career at Chicago’s Arlington Park cleaning stalls and grooming horses. A 26-year resident of Dubai, he became a long-time assistant trainer to Kiaran McLaughlin. When McLaughlin relocated back to the USA, Watson took the reins of Red Stables in 2004. In just his third season as head trainer, he won the first of six UAE championships. He has also been second six times.

His other major feats include finishing 1-2-3 (pictured below) in the 2016 Godolphin Mile (G2)—led by One Man Band—on Dubai World Cup night and then winning the same race one year later with Second Summer (pictured below).

“We are very fortunate,” Watson said. “I came up under Kiaran McLaughlin and I got the job when he left. He left a good bunch of horses, which made life easier for me in the first few years and a good staff. They are the main drivers behind it.

“I was thinking about (win 600) going into tonight,” he continued. “The owner of Thegreatcollection, Zaur Sekrekov, sent me a picture and I didn’t realize we got to 500 with Thegreatcollection (who finished fourth in today’s milestone race). I thought ‘wow this could be funny.’

“It has been a nice few years and we have got a great staff and what a group of owners who give us some nice horses to train. Obviously that includes His Highness Sheikh Hamdan bin Rashid (Al Maktoum) and Mohammed Khalifa Al Basti. I can’t go through them all. There are so many of them, including Sheikh Rashid (bin Humaid) Al Nuaimi, who has given us some very nice horses.