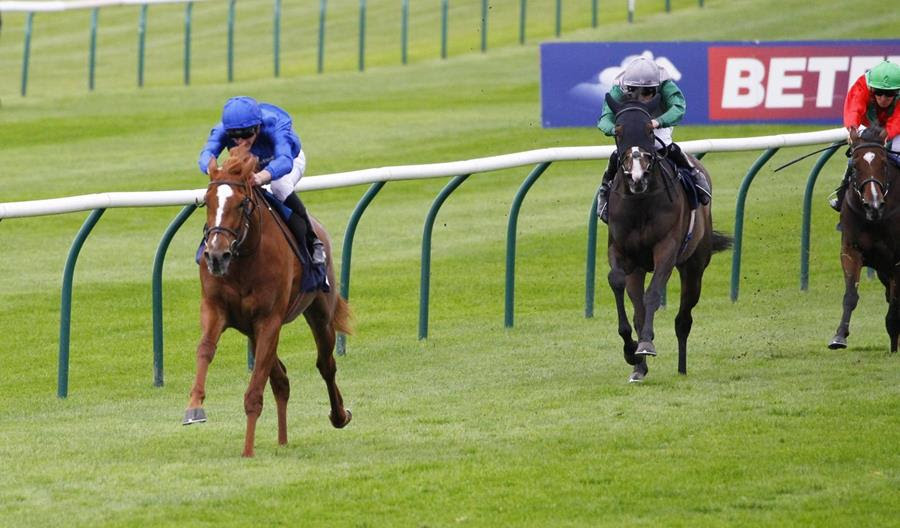 The Group 2 $250,000 Cape Verdi features some intriguing faces, but none arguably as much as Charlie Appleby-trained Magic Lily, whose blood is as blue as the Godolphin silks rider James Doyle will adorn. A daughter of five-time G1-winning champion New Approach and English and German Oaks winner Dancing Rain, she began her career as promising as her pedigree—smashing foes by eight lengths on debut in Sept. 2017 and finishing a game three-quarter-length third in the Fillies’ Mile (G1) astern Laurens and ahead of Magical—but luck soon went lopsided.

“She sustained an injury there in early part of her 3-year-old career and that’s why she missed (2018),” Appleby said. “We were very happy to get her back on track for her reappearance in France, where she put up a respectable effort there. I was a bit disappointed, but we sort of potentially knew our fate there in her last start because she was drawn wide at Lingfield. She didn’t do it the right way around, therefore we knew it was always the plan to come here.”

Off 721 days between her 2- and 4-year-old seasons, the chestnut filly returned with a good second in Saint-Cloud’s Prix Dahlia (Listed) on Oct. 4 over 2000m—her first try beyond the mile of her first two runs. She came back six weeks later to disappoint on Lingfield’s all-weather in the aforementioned Gillies Fillies’ Stakes (Listed), checking in sixth after turning for home with the lead.

Jason Watson was aboard that day, but Doyle returns to partner for the first time since piloting her debut victory. The pair breaks from post three of eight fillies and mares in what will be just her fifth lifetime start. Arguably her toughest challenge could come from Appleby-conditioned Beyond Reason, a G2 winner with more of a penchant for shorter distances than Magic Lily.

“The (1600m) trip will be on the sharp side for her on Thursday, but it’s hopefully a nice prep for her into the (1800m) Balanchine,” Appleby concluded. “Her preparation has gone well, so we’re looking forward to seeing her next start on a nice conventional track like Meydan. She’s in good order and should put up a decent performance.” 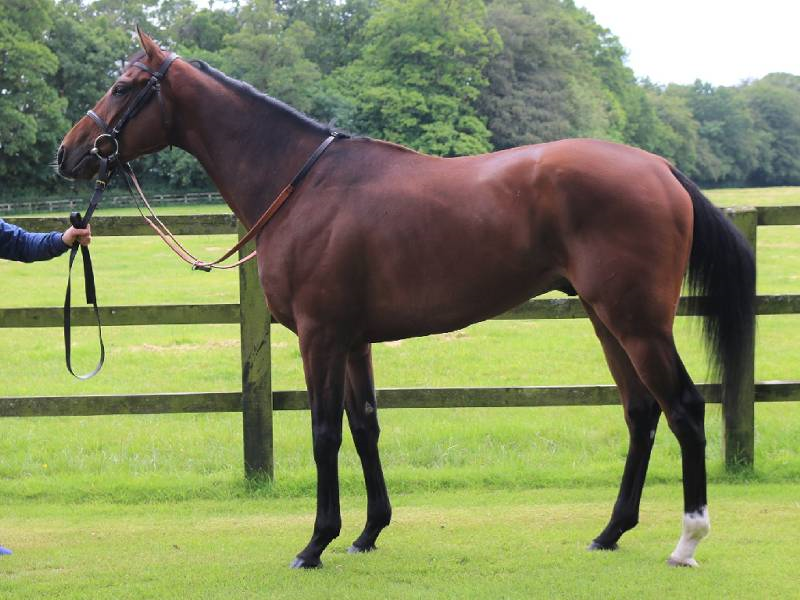 Trainer Mick Halford is back for the Dubai World Cup Carnival and the 2014 Dubai Gold Cup-winning conditioner gets his local winter campaign going with a pair of key contenders in the two black-type affairs on Thursday at Meydan Racecourse. While both Simsir (pictured) and Surrounding figure to make some noise in the $175,000 Zabeel Turf (Listed) and $250,000 Cape Verdi (G2), respectively, they approach their Dubai tests in vastly different ways.

The Aga Khan’s Simsir has raced just three times, all last year as a sophomore, and has yet to give a poor showing in his native Ireland. His two victories came at the same 2000m he will contest on Thursday—one over turf and one over all-weather—and he enters in form, finishing second four weeks ago at Dundalk, again over 2000m.  The son of Zoffany enters a competitive inaugural running of the Zabeel Turf, which is led by G1 winner Dream Castle and G2 winner Loxley.

“He’s lightly raced and was quite a big horse who took plenty of time to mature and come to hand,” Halford said. “He won his first two races and I said that maybe we would bring him here, so we freshened him up and gave him a run before he came out. He finished second and we were delighted with him because he needed that for experience. When he won his maiden he won in good style, but didn’t learn a whole lot. His second outing was on the sand in Dundalk and he went around quite comfortably, as well, so he has come on from this experience.

“He’s a horse we thought had a good profile for Dubai,” he continued. “He has a great constitution and good attitude and he’s a horse who loves good ground and is an improver. I think there’s more to come from him. He’s a beautiful-moving horse.”

Surrounding, owned by P E I Newell, Hugh Newell and Evan Newell, recently turned seven and enters off a smart victory in Dundalk’s Cooley Fillies Stakes (Listed) on Nov. 1—her fourth victory of a 2019 season in which she clashed with the likes of G1 performers I Can Fly and Space Traveller. A nine-time winner from 25 starts, the daughter of Lilbourne Lad is a consistent homebred who landed the Brownstown Stakes (G3) over 1400m in July.

“She had a wonderful (2019) season and we’re delighted with her,” Halford said. “She has won five Listed races in the space of 12 months and a Group 3 at home. She has age on her side and is again a filly who just kept improving. I had this race in mind for her for a long time and we’re pleased with her. She’s travelled out well and is training well, but she’s very straight-forward and has that experience. She’s at a her best on good ground, seven furlongs to a mile is good for her and taking on her own sex will be good for her. I’m quite hopeful.

“Generally, Dubai is good if you think there’s still improvement in a horse who likes good ground and has a good attitude,” he concluded. “The great weather and facilities just bring out the best in them. You’ll often find you’ll improve a horse here.” 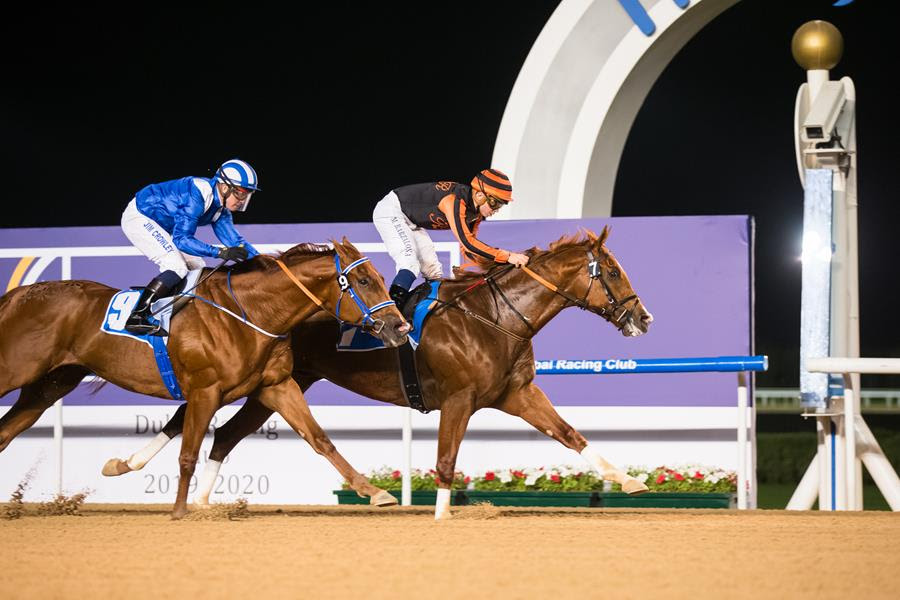 If one would hear that two of the first three Group stakes at the Dubai World Cup Carnival have been won by the same owner, it would be understandable that they would assume reigning champion Godolphin was carrying said flag, but such is not the case thus far in 2020. In lieu of the blue, it is the orange and black of Sheikh Rashid bin Humaid Al Nuaimi—a rising force in global racing—who has won the $200,000 Dubawi Stakes (G3) with Gladiator King and $350,000 Al Maktoum Challenge Round 1 (G2) with Kimbear. His only other starter this DWC Carnival finished second in Group company when For the Top chased home Benbatl in the $250,000 Singspiel Stakes (G2). 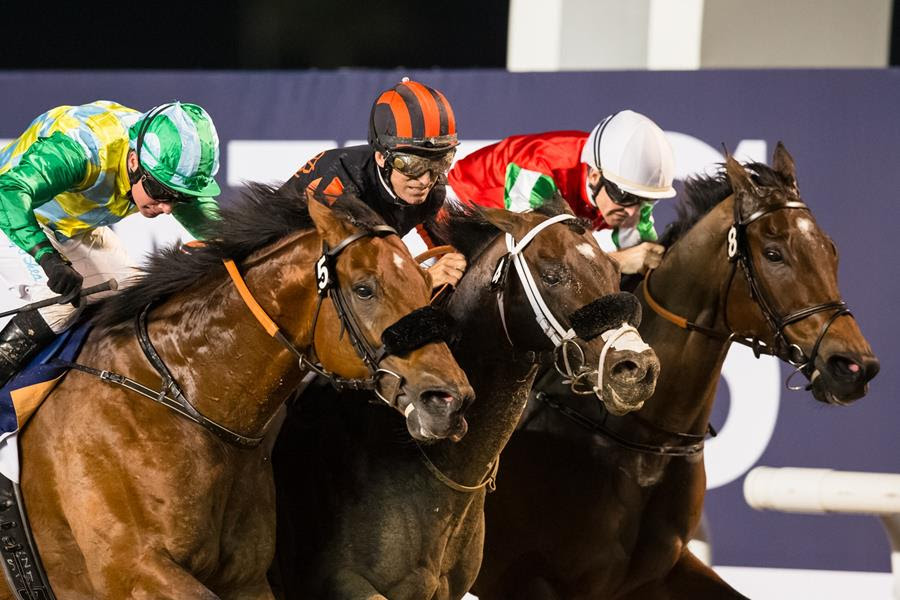 Plans are now being made for the colour-bearers, as Kimbear, who also won the 2018 Burj Nahaar (G3), exited his nostril victory over Secret Ambition and North America in good condition for Doug Watson. The leading trainer said that he has two possible races lined up: the $200,000 Firebreak Stakes (G3) on Feb. 13, which would be his eighth 1600m race in nine starts, or a stretch-out in the $450,000 Al Maktoum Challenge Round 2 (G2) over 1900m one week prior. In either race, he will likely not compete against stablemate Muntazah. Multiple G2 winner Quip, who is also an American import/acquisition of Sheikh Rashid, could make his 2020 and UAE bow in either of those two events, as well, but is more in favour of the Firebreak.

Meanwhile, over at Satish Seemar’s Zabeel Racing Stables, Gladiator King is preparing for another assault on the local sprinters in the $200,000 Al Shindagha Sprint (G3) on Jan. 30. Plans after that have not been made, but options are plentiful in the region and the $2.5 million Dubai Golden Shaheen sponsored by Gulf News (G1) remains the goal.

Others to look forward to down the line for the ownership include multiple G3-winning 2019 Shaheen alumnus Switzerland, who is now based with Watson, as well as Bob Baffert-trained Ra’ad, a smart Los Alamitos maiden winner who is being aimed toward the $2.5 million UAE Derby (G2).